The Moment I Discovered I Was Not a Prodigy

Scholars refer to 1905, the year in which Albert Einstein wrote his famous works on the photoelectric effect, Mass-Energy equivalence and special relativity, as his Annus Mirabilis, his ‘miraculous’ year.  For me, that year was 1992.  I was ten years old, in the fifth grade, and I was runner-up in the Robert Frost Poetry Contest for Children and Teens, an honorable mention bestowed in person by Governor Judd Gregg himself.

That was also the year I won my city’s championship in the National Geography Bee. I was chosen to represent Nashua, New Hampshire at the State competition in Keene. The winner would face the other 49 state champs, at the Smithsonian, quizzed by none other than Alex Trebek, on primetime PBS. The prize?  A $10,000 scholarship. Five figures.  Doesn’t sound like a lot now, but at the time it was almost enough for a full year at a halfway decent college.

Most importantly, if I could own this hustle, I would achieve the greatest of all gifted-child accolades.

I would be a Prodigy. 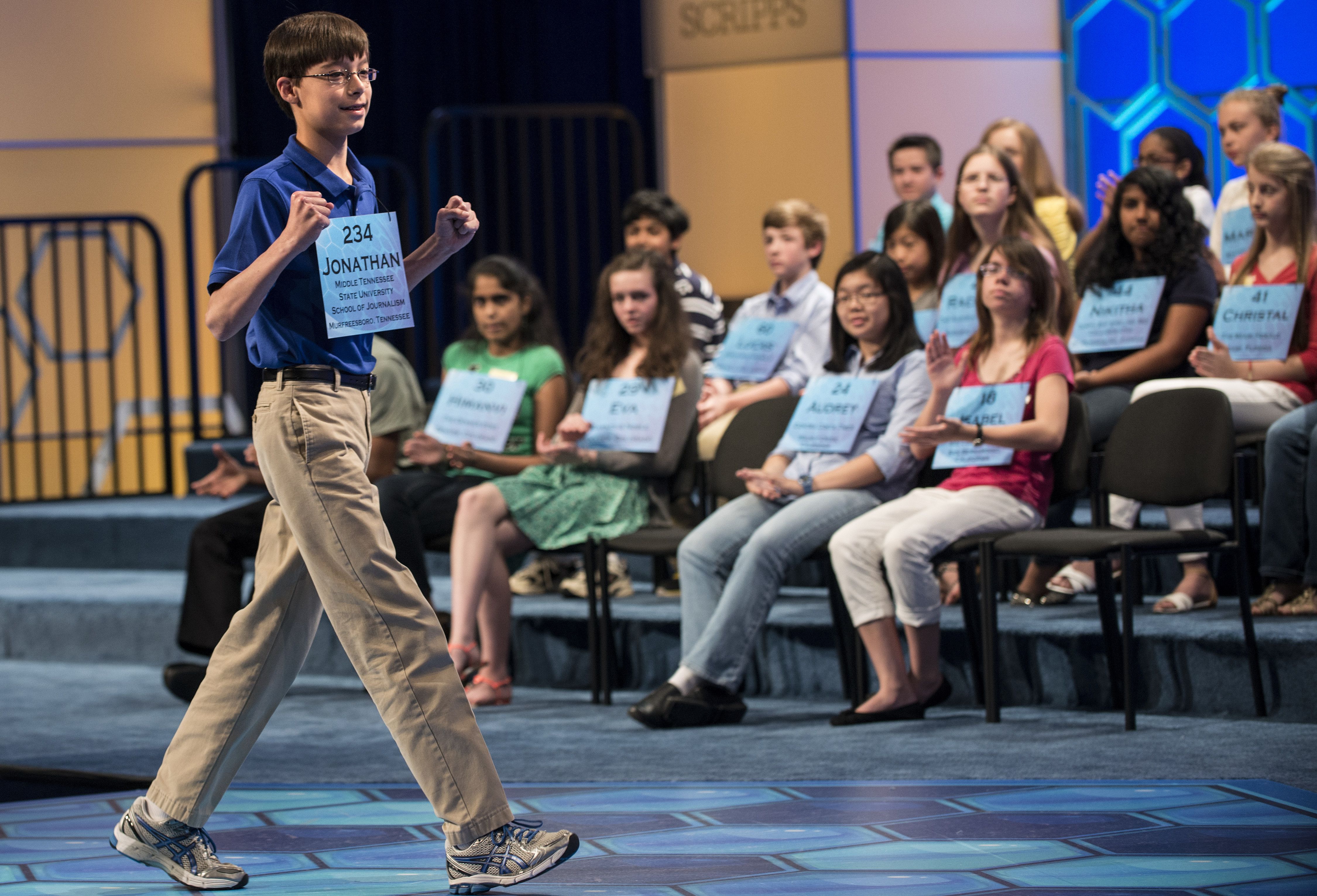 Even at my young age, this would put me in a certain echelon of folks from my hometown who could pronounce ‘echelon,’ with half a chance to escape the socioeconomic gravity well that comes from combining low taxes with high teen pregnancy. The Granite State isn’t all ski towns and living free, a lot of it is dying, especially kids, and from dumb shit, too. There have already been 40 fatal heroin overdoses in Nashua this year, and it’s only May.  Was it that bad in 1992? No, but my parents must have seen the future, because the picture they painted of a world where I didn’t earn a free ride college degree was like Requiem for a Dream, but with more snow.  My options were athletics or mathletics, a simple choice for a kid with glasses and a blue Starfleet uniform in his closet.

Geography Bees aren’t structured like the Bee you’re probably most familiar with, the ‘Queen Bee,’ if you will: The Spelling Bee.  That’s because a geography bee is basically a geography test.  It would be hard to ask a kid to spell autochthonous on a written test. How are you going to explain to him which word of Greek origin meaning ‘indigenous or native’ you want him to spell?  Doesn’t work. You have to do it out loud.  Quizzing on geography is much more straightforward.

The qualifier was a written quiz identifying twenty geographical features, all of I which knew from watching every episode of Where in the World is Carmen Sandiego?

The top scorers were brought in front of the class to answer one last barrage of questions, until it was down to just me and Jaime Covarrubias, whose name, sadly, I remember, because two years later, his was the first wake I ever attended.  We stood before the fifth and sixth grades as I crushed him on African capitals. The enclave of Johannesburg considered the political capital of South Africa? Pretoria.

The results from our school were compared to those from all over Hillsborough County.  I was notified of my victory by mail.  My father and mother were proud.  My teachers were also very proud.

I enjoyed a week-long victory lap around Dr. Crisp Elementary.  My teacher, Mrs. Yanco, even set aside a half-day’s lesson plan to let the other students quiz me on random facts directly from an atlas.  This was a know-it-all’s wet dream. I had achieved thought-leader status at just ten years old, and there was nowhere to go from here, except maybe a column in The Atlantic, and a tenure position somewhere warm, but still with seasons, maybe William and Mary?

I woke up on the day of the State Bee, clipped on my tie, snagged a Juicy Juice and hopped in the backseat of Mom’s Datsun.  I set aside the flashcards I knew so well and dialed into a warrior mindset: head down, all my focus on my Gameboy, I channeled energy into Kirby as he swallowed his foes alive. I blocked out the noise.  The haters.

As I approached the registration table, surrounded by kids from towns like Hanover with an actual tax base, I admit my nerves were frayed. I was assigned a group number. Two students would advance from each group to the final round, to face questions from WCVB anchor Chet Curtis and, it was rumored, an admissions rep from Harvard University.  This was another level.  This is how Doogie Hausers are discovered.

After kissing my mother goodbye and handing her some trash to throw away, I took my place in a single file line along the wall.  I did not address my rivals. The interrogator ushered us in and described the format:  Fifteen seconds to answer each question, two wrong answers, you were out.  I was eighth in the circle of twelve, and four of the kids before me got their question wrong.  I, predictably, knew the right answers.  It seemed I had overestimated the field.

Then, the examiner threw me a softball.

“Vatican City is to Italy, as __blank__ is to South Africa.”

My mind lit up.  The Vatican is a city state, a nation within a nation. A map of South Africa appeared before me, words overlaid on borders and topographical features, and staring me in the face was That Spot, that belly button of a country.  I snagged the word from my brain and answered confidently.

“Incorrect, the answer is Lesotho.”

My heart exploded. I immediately began to cry.  OF COURSE THE ANSWER WAS LESOTHO. I had reached into my flashcard-laden brain for the name of a landlocked monarchy, and retrieved a subdivision 100 miles to the north instead.

I was urged to relax, that I had another chance.  This time around the room, I barely listened.  My ears rang.  I never felt more stupid in my life.  This was the end of a lifelong illusion.  I was the poster boy for millennial encouragement culture.  I had skipped a grade in math.  I was elite.  But no more.

“David?” she looked at me again, this time with pity. I wiped my eyes.  Except for the kid next to me, all the competitors to my right had been eliminated, I was one of five kids left.  I still had a chance, if I could get this right.

“Name the world’s 5 largest lakes in order of size, from largest to smallest.”

I exhaled.  This is such top level information that it’s embarrassing that it was even on the test.  I was safe.

In that moment, I fulfilled every expectation made for me, the world became smaller, and I stood astride it, like a Colossus in Velcro Keds.

I smirked, did I stutter?

My executioner frowned.  “I’m sorry, it’s the Aral Sea.  Not the Ural Sea.”  And turned to her next victim.

Of course.  The Ural Mountains.  The Aral Sea.  They’re near each other.  Yes, now it’s a salt marsh full of beached Soviet destroyers, but in 1992 it was NUMBER FOUR. Again, I knew the answer. But I blew it.

I remember numbness. Suddenly, I was the dumbest kid in Keene, a city that had to cancel its Pumpkin Festival because it caused a riot.  My mother knew, at a glance, what had happened.  I wanted to leave, like, now, to run home to Nashua where my limitations could go on unacknowledged.  She insisted that we stay and watch the final round.

It was horrific. The questions were much harder than the ones I’d botched.  I was not a prodigy.  I was a failure, watching from the audience. Mom eventually got bored and let us leave halfway through.

I fell apart in that car. I screamed that the questions were unfair, that the other kids had it easier, but I knew I had dug my own grave, and now I’d have to throw my dreams into it and toss in the dirt.

My mom explained that that’s how everyone else feels most of the time.

“Not everyone’s like you, David, not everyone can recite facts about every little thing, but that’s not what makes you smart.  I’ve known plenty of knowledgeable, educated, but extremely stupid people. Like your father.“

They were in the middle of a divorce.

She repeated the mantras of 90’s parenting: “Stupid is giving up on yourself. Stupid is doing drugs. Stupid is having unprotected sex. Stupid is jumping off a cliff just because all your friends are doing it too.

“Stupid is when you stop trying to learn.”

The 92’-93 school year represented the high watermark of my intellect. Like most every other kid in Nashua, I wasted my pubescence doing drugs and having unprotected sex.  My friends and I would bike to Mines Falls at least twice every summer to jump off an forty foot ledge into the dam. In 1994, Jaime Covarrubias jumped from that ledge and hit his head on a rock and drowned.  He was being a stupid kid, but he was unlucky. He also never did any drugs, so I definitely wasn’t any smarter than him. Just one day I knew where to find Pretoria on the map, and on another day, I didn’t.

A few summers later, I had forgotten everything. I was memorizing a new social geography and couldn’t remember anything else.

I don’t think I’m alone in that.  It’s possible that we’re our smartest at that age, before our bodies and our shitty teenage friends distract us from our wonder.  People in early childhood development call babies ‘tiny physicists,’ because it takes experimentation to figure this shit out.  We’re born geniuses, it’s something along the way that makes us stupid.  But we can’t beat ourselves up. Even Einstein had a bad year or two.

(Written for and first presented at Rogue Machine Theatre’s Rant and Rave: Stupidity on 05/25/2015, you can listen to me read it here: https://soundcloud.com/david-jette-1/the-moment-i-discovered-i-was-not-a-prodigy).