When I was a young boy, whenever I went to a public library, I would always search for books on two subjects: Nazis, and nuclear weapons.

I think this was because the biggest myths of my young life were told by Steven Spielberg. Reading about the realities of those two ideas: German fascism – its roots in Enlightenment philosophies, populist politics and art – and the successful construction of a machine so powerful it could incinerate an entire city, and destroy the planet, those seemed like the most important things to think about. How could the world be destroyed? Was there a greater task than to prevent it, or cause it? Even now, I can get lost in YouTube videos about The Bomb. About Hitler. About American Nazis. About apocalypse. It’s addicting. 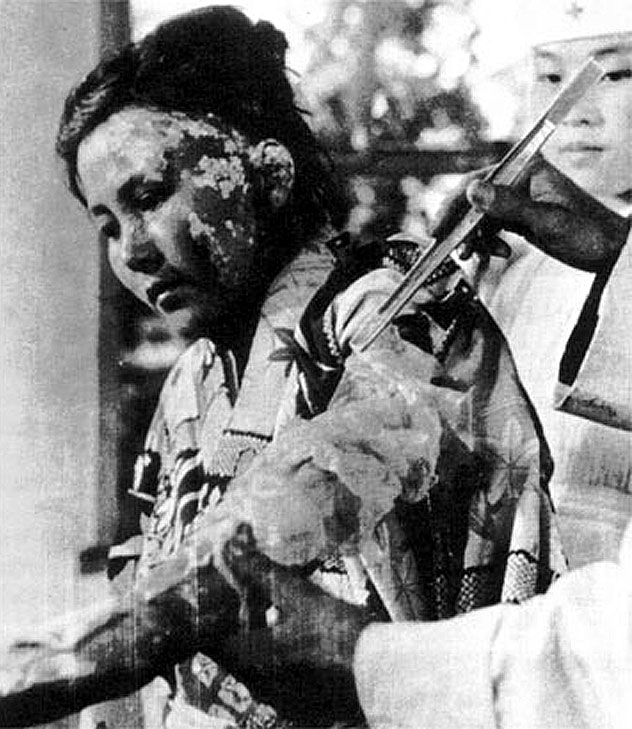 I think this sense of being a part of, even controlling, the fate of the world, whether bloody or serene, is part of being American. The power fantasy of the young white American male is so total, reinforced through every media, every history book, every speech, we’re still convinced we had no choice, and we feel it was the right thing to do. Despite that building and dropping that bomb triggered a catastrophe of nuclear proliferation and posturing, proxy wars, genocides, and cancer, we feel good.

It is unspeakably monstrous that the only use of nuclear weapons in world history is spoken of as a merciful act of courage.

Japan has surrendered its military ambitions and adopted a pacifist philosophy of government.  Germany has faced its guilt over the atrocities it committed, and educates its children about the complicity of their grandparents and their nation in those acts.  We have never faced our own evil, at least not when it comes to Hiroshima.