Most people still shrug when you ask them their opinion on public banking.

That used to be true about lawmakers, but recently, the concept of public ownership of a depository bank is on the lips of elected officials and policy analysts. There seems to be news about the movement for publicly-owned banks every single day. We may have arrived at the moment when city, state and national officials are ready to look at options outside the mainstream financial paradigm that serve the needs of the public directly.  It could be that cities and states are looking for straightforward ways to shore up their budgets and improve their local economies, and this just a handy tool.  But it could also signal a shift in the way Americans think of banking, finance and the economy, and that public ownership of financial institutions is a palatable and even exciting idea. 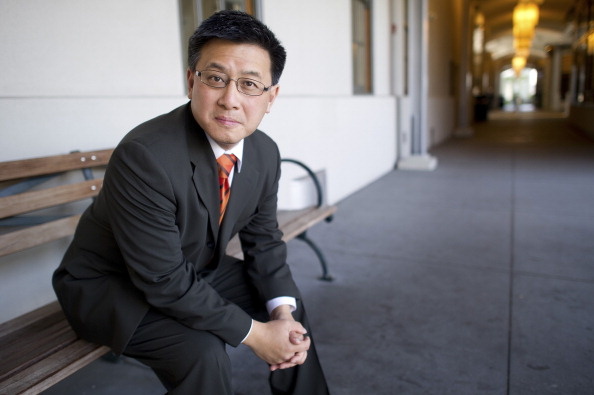 A Potential Advocate in Sacramento

California Treasurer and candidate for Governor John Chiang seems to be for it.  His office just released a report on the state of the soon-to-be-legal cannabis industry in the state, and had his team look into the ways to serve its banking needs.  Cannabis businesses are locked out of the banking system by banks too afraid of federal prosecution and banking regulation to touch a trade which lives in a “gray area” of law.  This forces cannabis businesses to operate with large amounts of cash, in a formerly black market industry already dealing with theft and security issues.  It also makes it harder for states and cities to collect taxes and fees from those businesses, depriving the state of the revenue this new industry was promised to provide.

The treasury’s report calls for state officials to conduct and in house feasibility study.  this is not a change from the Governor Brown’s position that such a report should be done in house, which he stated when he vetoed a call for a ‘blue ribbon’ commission back in 2011. The report is a bit more pessimistic.

I hope he will meet with us and other activists for how public banking can be done without billions in state expenditures, and why it solves a lot more state issues than cannabis banking.

Los Angeles Councilmember Paul Krekorian stated in a public hearing on the city’s request for proposals to provide the city with banking services that he wants to see a 30-day cancellation period on new contracts.  Why?  So that if the city succeeds in founding a public bank, operations can be moved quickly from a private bank to the public institution.

This is a great sign that Krekorian believes the public bank is likely to happen, will positively impact the city’s operations, and that all of that is preferable to dealing with commercial banks like Wells Fargo.  Paul Krekorian also heads the budget and Finance Committee and the Ad Hoc Jobs Committee, which is the body examining the potential of a Bank of Los Angeles.

New Jersey Has a Champion Too

Last night Democrat Phil Murphy was elected governor of New Jersey, replacing Chris Christie and potentially opening the door for a public bank of New Jersey.  Murphy was vocal about his support for such a bank, including it in his economic and jobs platform.

New Jersey is a big state, just like California, and with advocates for public banking in the governor’s mansion, and municipalities voicing their support and readiness to found banks at the city level, public banking could be a reality for millions of Americans within a handful of years.

Public ownership of the instruments of capital – namely lending and borrowing, investment of public assets, and the processing of transactions – is a direct way to take the power of our economy and put it in the hands of the people.  There is no reason why we rely on a largely centralized finance system controlled by a very, very tiny few.  there is no reason for financial institutions to post massive annual profits while wages, living conditions, rents, and household wealth decline year to year.  There is no reason for our cities and states to be beholden to banks which finance harm to the public, while committing fraud against their customers and seeking systemic bailouts every single decade.

Voters and elected officials are seeing public banking and other social finance measures for what they are – a straightforward, fiscally responsible tool that empowers local businesses and institutions to grow themselves, without permission from Wall Street.  And it keeps a little more coin in our pockets, and our city’s coffers, too.