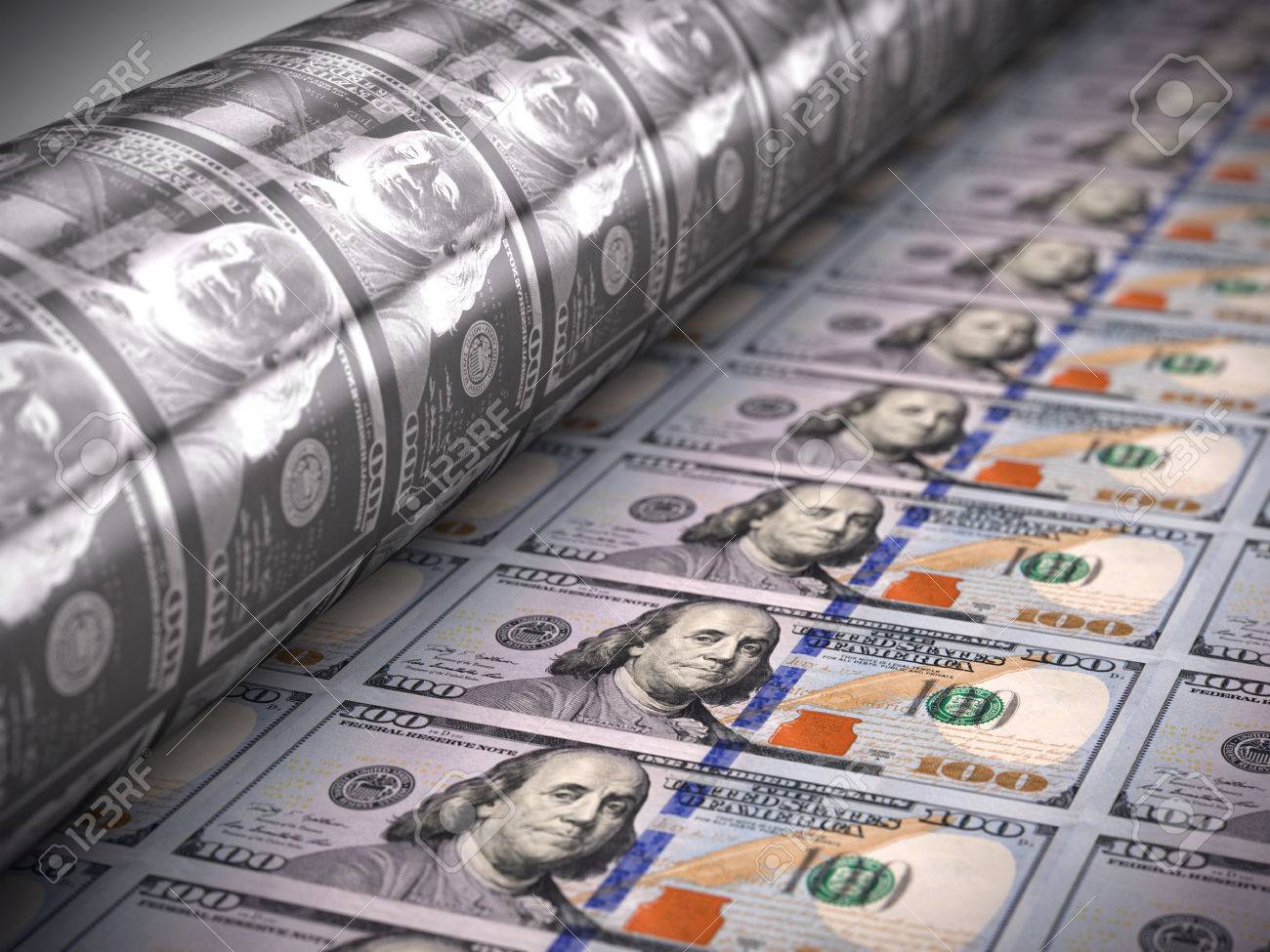 A stock photo of money being printed with the watermark still visible.

We printed trillions of dollars In 2009 – 2014 and gave it to the banks, so they could lend cheap money to the rich.

Of course it wasn’t “we the people” that printed it, it was “we the banks” at the Federal Reserve who printed this new money. It probably helped buoy employment and didn’t much inflate the prices of regular goods, and it definitely didn’t increase wages. So what was it spent on?

This new money was lent to creditworthy borrowers at a time when no one who did not own large pools of capital was considered uncreditworthy. Lending to the rich at zero percent gave them unlimited money to buy things which turned even a fraction of a profit, many of which were at an all time low price. It was especially lucrative to invest in real estate and qualified labor – often in the form of software development, marketing, and financial engineering – even as the product of this investment devalued other key labor that was deemed superfluous in a time of austerity – teachers and drivers for example.

This concentration of new money invested in opportunistic areas did not create widespread prosperity. It drove up the market power of wannabe private monopolies like Uber which compete with public services, and massive private equity firms which dissolve American companies and snatch up housing and real estate, exacerbating shortages. It supercharged investment in carbon infrastructure instead of accelerating new forms of energy and transportation. It made us more dependent on private health insurers whose stocks soared along with prices, even as life expectancy and outcomes fell.

Printing money is a part of any economic management toolkit. We have outsourced ours to the private banks and as a result, when currency expansion is used it fuels more extraction from the top, instead of growth and prosperity from below.

We need public banks to democratize our money and how our economy distributes and enables growth. It is the last hope for market economics in an increasingly resource restrained world. We must break the growth religion built into our legal tender and replace it with a social contract of labor value, natural value, and distributed, sustainable (and survivable!) growth.